Still common today even with people who claim to be SEO-savvy! As tempting as it is to turn your headline, tagline or service description into beautiful photoshopped artworks of typography, search engines will not be able to read them. CSS2 and 3 allow lots of great styling so your designer should be able to make it look great without sacrificing search engine visibility.

So you may know that “blogging” is the secret weapon in online marketing, improving traffic and ranking. Unfortunately the only thing worse than an abandoned blog on the front page of someone’s website is the sheer inanity of content that get’s posted. I don’t know why Bob’s Local Plumbing has a blog, but I’m certain his outsourced, overseas professional copywriter is not writing anything I’d consider posting to my facebook timeline.

When you start out with a new idea for the internet, many people try to re-imagine things that have already been ratified. There is no need to replace menus with some other complex but fancy metaphor for navigation. The Internet is mature now, and so are it’s users and they’ve come to expect certain things. You shouldn’t replace photos of your product with cross-stitched versions just for dramatic effect. That is, unless you sell cross-stiching. In this regard, it’s ok to be the same as the next guy – differentiate yourself by your products and services and keep your user experience as familiar and streamlined as possible. Don’t reinvent the wheel.

Mistake #2 – Doing it all Yourself 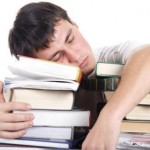 Everyone has talents, and whatever yours is you should do as much of it as possible. The more you find yourself getting caught up in code, design, advertising or administration that isn’t your first skill, the more time you take away from that first skill. Build a team, in-house or outsourced, that are good at what they do and let them do it.  Manage, but don’t micro-manage. Get back to doing what you are passionate about and do it well. 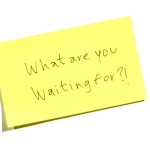 The internet moves fast. No sooner than you’ve thought of the idea, some whiz kid from Wherethefrigistan has coded up the entire implementation before you’ve settled on the font you want for the logo in the header. Forget that.. google didn’t pick the google font for years! Get moving on the important stuff, move fast and fail fast. Do something wrong? Fix it. Do something right? Learn why and do more of it!  I’ve watched clients agonise over wireframes while months go by. That’s not a good way to run a business, let alone start one. Stop deciding and start doing. Why are you still here? Go!